‘Knowing the school system can really transform everything’ 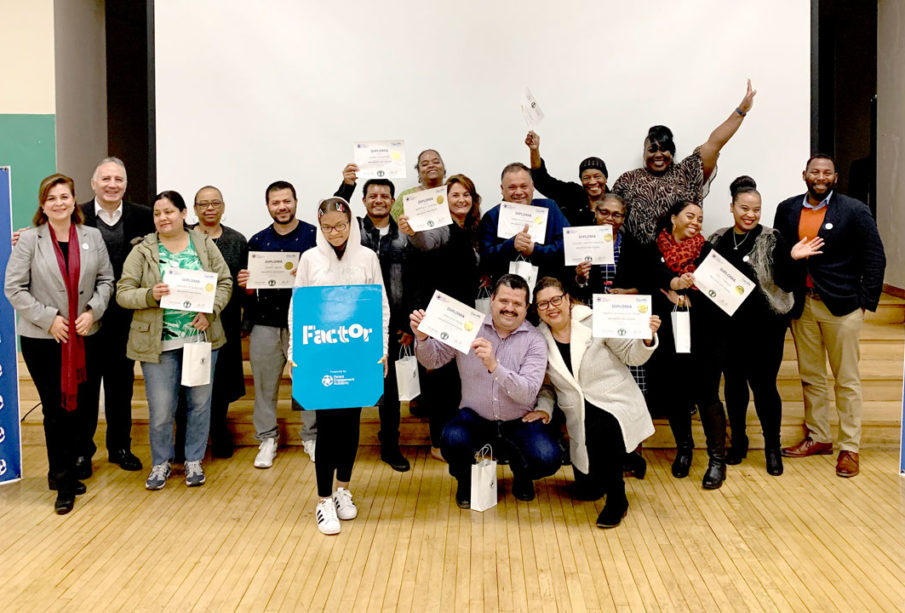 LA parent voice: What I learned in 25 years of being a Latino parent engagement advocate – ‘Knowing the school system can really transform everything’

In this series, Los Angeles parents talk about their students, their schools and the questions or suggestions they have for their school district. (See our previous interviews.)

María Elena Meraz has spent 25 years, as both a mother and an advocate, learning and sharing about how public schools in California can better serve the needs of Latino students by involving parents.

Based on her work in Los Angeles as well as in Mexico, she recently started a new parent empowerment program that is reaching hundreds of Latino and immigrant parents like herself with the message that they “urgently” have to get involved with their schools and their children’s education if they want them to succeed in life.

“Knowing the school system can really transform everything,” Meraz said. But after a quarter-century in the field, she sees that Latino parents still lack knowledge about how schools work. “That has been my lifelong battle!”

Latino students in California have a history of lagging behind their peers in academic achievement. This year, 39 percent of them scored proficient in reading and only 27 percent did so in math on state tests, more than 10 percentage points behind the statewide average. And Latino English learners remain at the bottom of all student subgroups as just over 12 percent of them met or exceeded standards in reading and math. Only 12 percent of Latinos hold a college degree in California.

“When you have constantly been put down, especially with the current political climate, you need to know that you can have power over what’s most important for most parents: your child’s education. That’s why our program is so successful.”

Meraz started the nonprofit Parent Engagement Academy just over a year ago to help L.A.-area Latino parents take the lead in their children’s education and help them get the support they need. But first, they have to be trained in how to overcome cultural barriers.

“Too often Latino parents believe they cannot question a teacher’s performance because they don’t have an education or because they don’t speak English or just think that if they question the teacher, their child is going to suffer the consequences. Why? Because we are not familiar with the system,” Meraz said in a conversation with LA School Report in Spanish.

After more than two decades working for the Parent Institute for Quality Education (PIQE), a Southern California-based organization focused on parent engagement, and later leading a parent engagement project for the city of Culiacán, in northwestern México, Meraz developed her own program that seven school districts in Southern California are using to train parents on the importance of helping their children in their social-emotional development, including learning healthy eating habits and gaining technology skills to support them in school.

The Parent Engagement Academy, which Meraz co-founded with its executive director Susana González, is training hundreds of parents in English and Spanish in districts both large — L.A. Unified with its 485,000 students — and small — Compton Unified with 7,000 students. Others include Paramount Unified, Oxnard Unified, Lennox Unified, Centinela Valley Union High district and the Saugus Union district in Santa Clarita. All of the districts have student enrollments that are at least three-quarters Latino.

Last year about 1,250 parents completed the program, and Meraz expects that number will grow to 3,000 by the end of this school year. Most of those districts used the program last year and are continuing it this year.

She explained that the school districts contract with the academy and offer the training free for parents as most of those schools have money from Title I or have a budget to spend toward parent engagement under the state’s Local Control Funding Formula, which provides extra funding to high-needs schools.

Parents meet in two-hour weekly sessions for seven weeks and are trained in how social-emotional stability is key to the student’s ability to learn. Parents also learn how students are taught in science, technology, engineering and math (STEM) classes, which may be very different from how the parents learned in school. They also learn to use digital devices and to navigate online resources to support their children in their homework.

Meraz said the training sessions explain the jargon and alphabet of soup of education terms that often confound parents, such as SBAC, LCFF, ELAC, CAASPP, Common Coreand many others.

Parents are tested at the end of the program on their new knowledge and receive a certificate. Even before they “graduate” though, Meraz said, they start to put into practice what they’ve learned by communicating with teachers and asking questions.

“They have to talk. They have to tell the teacher, ‘I want my kid to be successful, I want him to have a better future, what can I do to help what you do in the classroom so my child can meet the expectations.’”

She said if a child is behind in reading, one year behind can turn into two or three years behind in middle school or high school, just because a parent didn’t know how to ask for intervention. “Because you’re not familiar with the system, no one has told you what the school can offer or where to find support.”

Like many of the parents she works with, Meraz was born and educated in Mexico, and when she moved to California she had to learn English. Later she went to college and got an associate’s degree. When she became a mom, she had to learn to navigate the school system. She started by volunteering in her son’s elementary school because he had a disability and she wanted to make sure that wouldn’t limit his full potential.

Her son is now a college graduate and earned a bachelor’s degree in political science. When she had her daughter, 15 years after her son was born, she had to return to being involved in the school system not just as an advocate but once again as a mom. By then, some things had changed.

“Students’ expectations have evolved,” Meraz said, so her program “covers the technological changes, college readiness element, STEM-focused curriculum, but it also has an aggressive component on civic and political participation for parents. They now need to be involved in local school decisions,” she said, referring to the state’s Local Control Funding Formula that requires schools to involve parents.

“School policies require their participation. We also focus heavily on attendance as funds are scarce. We help them understand that if their kids don’t go to school, that means fewer funds and resources for their schools.”

What continues to hold parents back from being involved in their children’s schools, particularly in the Latino community?

“The welcoming environment is a major factor. Very often they don’t feel welcome in their child’s school. Schools need to meet the specific needs of the parents, know the families they serve.

How are you counseling school districts to partner with parents?

“We don’t have to convince the administrators of the schools that hire us. If they look for us, it’s because they understand the importance of parent engagement. Our community is in a stage that they need this. Maybe others don’t, but schools serving our community, our students, need to focus on parent engagement. Latino parents live in fear, particularly in the current times. They need that empowerment from their schools, they need to hear their voices. That’s what I tell the principals and the staff to keep in mind.”

What are parents learning in your program that they are now using in their schools, and what impact has it had?

“It’s hard to measure the impact, and I have been told it is too soon for that, but we are working on it. One thing that has been measured is parents’ participation. We know through surveys we do throughout the program that they’re visiting teachers more often, teachers are saying parents are asking more relevant questions, and more have been attending parent conferences and workshops, they spend more time reading with their kids, etc. What we couldn’t measure, I think, is through test scores, because this is not the sole responsibility of parents.

“What can be measured is attendance, because this is the responsibility of the parent. This can be a good indicator of how parents contribute to decreasing absences after they have been trained through the program. We can compare that to students’ attendance whose parents were not in the program and see the result.

“What we know is that parents, once they complete the program, they know what Common Core is, about college readiness, what a GPA is and why it matters, what’s LCFF, SBAC, CAASPP, how to make an appointment with the teacher by email. We test their knowledge on all of this before they graduate from the program.

“But I think the most important feedback I have heard is from one of the parents who graduated from the program and told me, without knowing who I was, that he was part of this program and it was the best! I asked him why, and he said, ‘Because I was heard. I had the opportunity to talk and be heard. And not only that, but they validated what I had to say about my child’s education. They told me I had the potential to become a parent leader, and that’s why I returned to every session of the program.’”